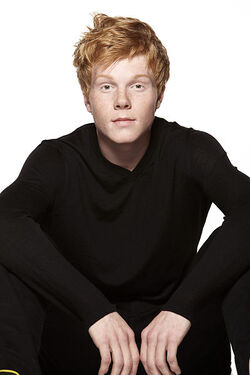 Hicks was born in Las Vegas, Nevada and is the son of Lucy and Ron Hicks.

Hicks had a recurring role on Titus and had roles in various movies and television series before playing the lead in How to Eat Fried Worms. He then appeared in Mostly Ghostly: Who Let the Ghosts Out? alongside many other Disney Channel stars. In 2009, he grabbed the co-lead role of Luther on Zeke & Luther. In 2011, he starred in Lemonade Mouth as Wendell "Wen" Gifford.

Hicks recorded a remake of the MC Hammer song "U Can't Touch This" with fellow Zeke and Luther co-star Daniel Curtis Lee. The music video for the song was shown June 29, 2009 on Disney XD.[3] He made a remix of the song "In the Summertime" by Mungo Jerry. In late 2010 he wrote and recorded the song "Happy Universal Holidays" with Ryan Newman. In early 2011 he released a song called "Dance For Life" with Drew Seeley for the Disney Channel Original Series Shake It Up, which was featured on Shake It Up: Break It Down. Hicks co-wrote the tracks "Determinate", "Breakthrough" and "Livin' On a High Wire" for Lemonade Mouth. Hicks recorded a song called "We Burnin' Up" with Chris Brochu, which was released in 2011. On September 15, 2011, he released "Las Vegas (My City)", a hometown anthem about his struggles and dreams to succeed in the entertainment business. He is currently signed to Walt Disney Records.

Retrieved from "https://pairofkingspedia.fandom.com/wiki/Adam_Hicks?oldid=24154"
Community content is available under CC-BY-SA unless otherwise noted.