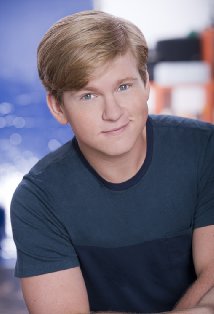 Douglas Doug Brochu (born September 29, 1990) is an American actor, comedian and voice actor. He is best known for starring in the Disney Channel Original Series, Sonny With a Chance, as Grady Mitchell.

Brochu has appeared in stage productions of My Fair Lady, Smokey Mountain Christmas, The Play's the Thing and Forever Broadway. He has also had guest starring roles on Nickelodeon's Zoey 101 and iCarly. He played Grady, a main role, in the Disney channel series, Sonny with a Chance. He also plays Grady in the Sonny with a Chance spinoff So Random

Doug's brother is Chris Brochu, who played the character Ray Beech in the Disney Channel Original Movie, Lemonade Mouth. Doug's sister is Kate Brochu, who was recently in an episode of Glee.

Retrieved from "https://pairofkingspedia.fandom.com/wiki/Doug_Brochu?oldid=23811"
Community content is available under CC-BY-SA unless otherwise noted.